National squad training and preparations for the 2007 European Championship in Slovenia began in October 2006.

Sensei Lim and Sensei Boag encouraged brown and black belts to take part in the first two sessions before Christmas with the goal of improving overall level. These sessions were divided into kata and kumite with Sensei Lim teaching kata and Sensei Boag teaching kumite simultaneously. The advantage of this way of teaching is that it allows participants to focus on one element (kata or kumite) per session and then can train the other element at the next sessions.

The sessions after Christmas were open to black belts and it became clear to the coaches who were the likely candidates for the team to go to Slovenia. These sessions focussed mostly on kumite with particular attention on  the crucial areas of timing and distance. We used body armour in these classes which allowed the participants to make contact and get used to the “feel” of  landing the techniques at the right distance which is crucial for focus and stability.

The team which was chosen to go to Solvenia for the European Championships was Trond Friise (fukugo, kata and team kumite), Mustafa Elmrani (individual and team kumite), Pål Nymoen (team kumite) and Lise Tveter (kata). These four athletes had shown the best competition spirit and ability of all the participants and worked hard on the sessions in which they had participated.

The team was ready to go Slovenia to take part in the events as listed above and then a stroke of bad luck meant that Lise had to pull out of the team due to the fact that she broke a toe two weeks before departure date. This was indeed unfortunate but seeing as we had already bought and paid for the air tickets we thought that it would be good for Lise to come along anyway and get some experience of this level of competition.

To the championships then!

Well, no medals this year but absolutely nothing to be ashamed about. The men performed very well in all their events. First up in individual kata was Trond Friise. Trond who has medals from previous European and World championships has not competed for his country for ten years but has lost none of his competition spirit and focus. Unfortunately, however, suffering from a badly pulled hamstring muscle sustained in training one week before the competition, he was not able to perform as good a kata as he would have liked and missed getting into the second round.

However, with determination and a bit more stretching Trond was up and taking part in his next event Fukugo. He performed a good solid Kitei kata and got the decision by the judges against the Austrian competitor. In the second round, kumite, he fought well against a difficult opponent but failed to get through to the 3rd round.

Mustafa Elmrani was next up for individual kumite and fought a good, hard and exciting fight against the eventual winner of the individual kumite competition from Israel. Both fighters exchanged punches with the Israeli scoring with a gyaku-tsuki.

The team kumite was the highlight for the Norwegian team. No doubt! All three athletes fought well and showed a good deal of maturity.

The first round was against Austria. Despite still suffering from a damaged hamstring muscle, Trond fought a strategically intelligent fight against his opponent. He was unlucky not to score from an ashi-barai, kisami tsuki combination. The fight ended a draw. Mustafa was second man and forced his opponent into a Tento foul by using a strong leg sweep. Tento is when a competitor touches the mat with any part of his body except his feel or hands. This was to prove important for the team. In the next match with Pål taking part in his first international event, despite several good attacks Pål did not manage to score on his opponent. However, importantly, the opponent failed to score on Pål!

So thanks to a Tento foul the Norwegian team went through to the next round against Russia.

Russia are an experienced country in these championships and have won the team event in the  past. However, they failed to intimidate the Norwegian team. All three Norwegian men fought hard and showed good spirit. The star of the Russian team, who had spent most of the day both in the team and in the individuals sweeping and scoring on his opponents, saw no reason to change his strategy against Pål in the last fight of the match.

The Russian used the ashi barai several times but was unable to cause Pål to lose balance. On the contrary Pål pressed forward after the Russians attempts and was unlucky not to score on two occasions with good kisami tsuki – gyaku tsuki combinations. It was just after one of Pål’s attacks that the Russian who found himself pressed out on the edge of the mat produced a very nice ushiro geri which caught Pål in the stomach. So, that was it then, one scoring technique in the match.

Overall, the coaches were very satisfied with the performance and particularly the attitude within the team. There was good focus and everyone contributed to a good team spirit. There is certainly a good base to build on for next year. 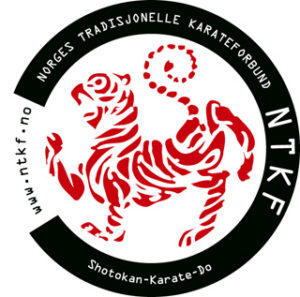